Julia is a person of many talents.  She is both highly creative (both in design and wordcraft) yet also very process and analytical focused.  Ever since she was young she had a quirky hobby of studying human behavior, but it took the book by Dr. Elaine Aron called “The Highly Sensitive Person” that finally explained how she perceives the world. In her book, Dr. Aron describes a behavioral trait that impacts approximately 15-20% of the population called Sensory-Processing Sensitivity.  It turns out that as a “highly sensitive person” Julia’s interest in human behavior also turned-on an internal radar that identified an intuitive understanding of the subconscious personality of others.  This intuitive knowledge focused on a person’s emotional triggers and helped her easily identify the “gap” in conversations which often led to their hesitation to purchase or move forward with a decision.  As an advocate for a company, she examines their offering from their audience perspective and helps their brand better understand how to better communicate and create engagement.

Here is how Julia explains the discovery of her ‘higher-sensory” perspective.

“I remember a time early in my career sitting in a corporate board room to discuss a product launch.  As key executives explained the product, in my internal mind, I began to visualize a scattering of “dots”.  As each person went on to explain the marketing strategy, promotional materials needed, and the communication strategy, each of these conversations created a new scattering of mental dots.  At first, it created a little overwhelming feeling, but I kept it to myself and tried to focus on my role which at that time, was an Administrator for the Sales Team.  As I reviewed the notes from the meeting, the dots began to move from cluttered chaos in my head to an organized communication strategy with the targeted audience.  It was this organization that helped me identify gaps in the conversation and the delivery process.  After clearly identifying where there were dots missing,  I returned to the Launch team and began to ask key questions that were left undiscussed.  Those key questions led to critical enhancements to the marketing conversations and delivery strategy that both reduced liabilities and improved audience reach.  It also eventually led to working one-on-one with sales professionals or training sales teams to help them identify behavioral triggers that impact their performance.

As technology entered the market, and digital communications began to play a more important role in how a company or brand presented themselves to the world, those dots went into hyperdrive.  Thankfully, I was already comfortable with their presence in my life, so kicking-it-up a notch was fine, but my skill focus began to adapt. Already an avid reader and creative person, the “gap” for me personally was the technical know-how to make my creative knowledge useful in a new, digital world. Before too long I had taught myself HTML and CSS and was already contributing to the web designs of corporate brands.  For me, the conversation strategy moving from in-person or print to digital was the same, just a different tool to get the job done.

In 2002, I left the corporate world and launched my own company focused on helping brands translate their marketing conversations to a digital world.  While my company was doing well, I noticed something had changed.  The dots began to fade.  This was when I saw for myself, how mundane and somewhat angry the online conversations had become.  More importantly, how information overload had impacted the brand’s ability to connect with their target audience.  With so much information, so many brands, and the inability to clearly identify who to trust, their audience became overwhelmed with the same boring options.  It was in this discovery that the Dot’s returned.  They were clearly showing me that their purpose in my special little world was to show me where the conversations of Brands needed to change to help them improve, stand out, and be seen. ” – Julia Eudy

In all positions Julia has held, she has always been the person to take the initiative to learn more.  This ambition has helped her explore new perspectives on human behavior and the roles common sense, confidence, and empathy can play in the workplace and the community.  Specific positions she has held include: 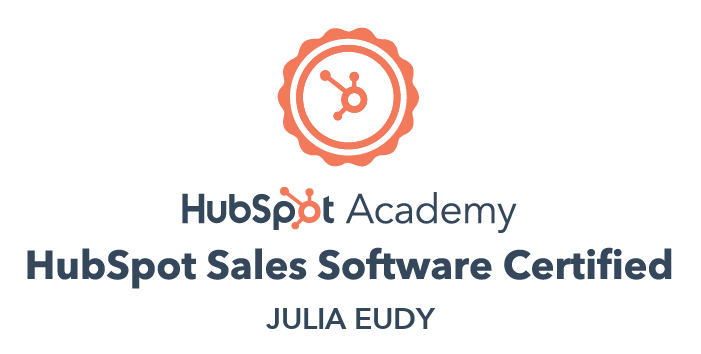 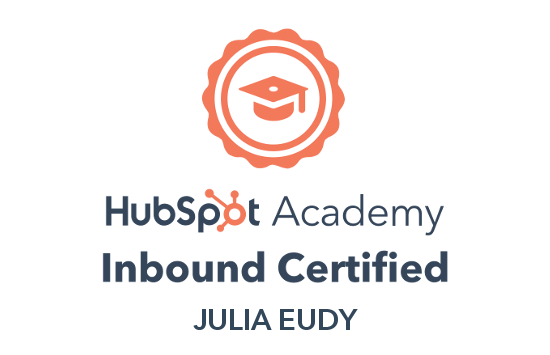 Can Julia Help You?

Your Brand and how it is perceived as important to your growth.  Treating people the way they want to be treated is builds both respect and trust in your audience.  Helping you identify where you can improve your conversation to help develop greater respect and trust, is Julia’s specialty.  To discover how her unique perspective can help you stand out and be seen, it begins with you taking the next step to start a conversation.